"Her voice haunted me. Part of the thing about the song is her vocal was so beautiful and it worked so well with the sentiment of the song that I think that I actually was drawn to her vocal as much as I was to the song. She really touched me with the sound and the emotion in her voice.”  Allan Rich (songu.com).

"When I got to chat with Terese, I found out that the source of her songs tells a really important Australian story." Ryk Goddard (ABC Radio Hobart).

Terese has signed song publishing contracts and has had finalist positions in numerous songwriting competitions.  These include being a finalist in the 2016 Australian Independent Music Awards, a Top 5 finalist in the Pop Category of the 2015 Song of the Year contest, and numerous semi-finalist finishes in the annual UK Song Contest.

Terese continues to write daily, recording her own songs and welcomes collaborations with artists, producers and songwriters around the world.

Alan Roy Scott is an LA-based professional songwriter with over 35 years experience in the global music industry. His songs have been recorded by Celine Dion, Gloria Estefan, Cyndi Lauper, Cher and Ray Charles among many. Alan's work also featured in films and TV shows such as Top Gun, First Wives Club, Coming to America, Karate Kid 3, Fame, Son's of Anarchy, and Beverly Hills 90210 to name a few.

Alan is in Hobart for one week only and is available for one-on-one songwriting mentoring sessions where participants can present their song(s) to Alan for feedback and advice.

One-on-one sessions are for one hour and can be booked by purchasing a ticket for the day and time you select in the ticket options between Sunday 9 June and Friday 14 June (morning and afternoon sessions available).

Challenge yourself or a team to either run, cycle, kayak, pack march or walk, from and to Bellerive Beach Park! Help raise money and awareness towards families coping with issues arising from depression, anxiety, peri-natal depression and post traumatic stress disorder, supporting The White Cloud Foundation.

Concert for Veterans by Veterans' families

A concert for Veterans, with performances by Veterans' families and friends 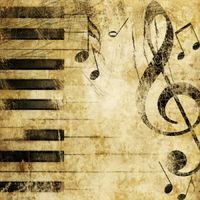 Come book a table, enjoy a meal and listen to some of my own original songs, plus covers and piano instrumentals!

Invitation only function for Veterans and partners.

Book a table for dinner and enjoy lovely piano and singing from yours truly! For reservations phone: 6247 9266

Book yourselves a table, have some delicious dinner and listen to my acoustic piano covers and originals on the grand piano!

Book a table and come for dinner!

Plenty of free parking.  Come see me perform original songs and covers.  Have a wander through the other market stalls as well!  Lovely way to spend a Sunday!!

Performing at The Shoreline Hotel

Come and enjoy a delicious dinner while listening to a variety of original and cover music and piano instrumentals.  Hope to see you there with your friends and family!  Book your table in advance to ensure you don't miss out!

Come see me do a little performance as part of Family Week at The Haven, a play and rest area in Hobart for parents and their children!  I'll be performing songs from my debut EP, Five Shades of Me.  CD copies will be available to purchase at the event!